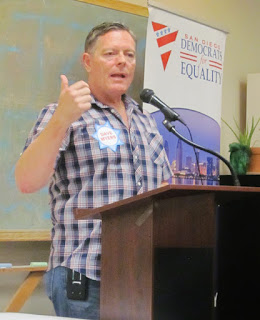 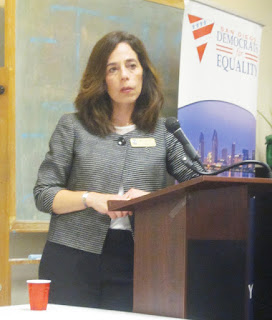 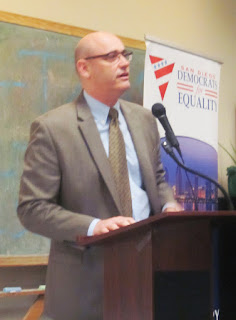 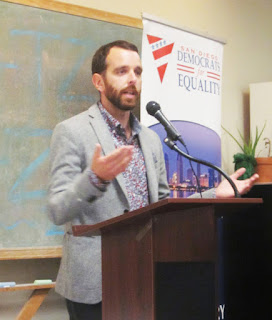 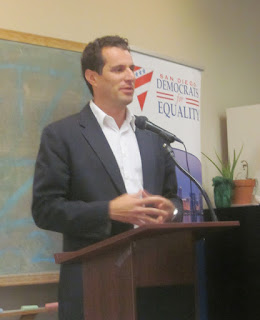 The Scalise Shooting and Washington’s Other Follies

“‘A house divided against itself cannot stand.’ I believe this government cannot endure, permanently half slave and half free. I do not expect the Union to be dissolved — I do not expect the house to fall — but I do expect it will cease to be divided.  It will become all one thing or all the other.”
— Abraham Lincoln, Springfield, Illinois, June 16, 1858

On June 14, 2017 a 66-year-old man named James Hodgkinson crashed a group of Republican Congressmembers and aides practicing for the next day’s annual Congressional baseball game, one of the few things Republicans and Democrats still do together in our highly polarized capital. He brought a gun with him and, when he was told the people practicing at the field in Alexandria, Virginia, were Republicans, he started shooting them. One of the people he shot was Representative Steve Scalise (R-Louisiana), who as House majority whip was the third highest-ranking official in the House leadership.
It was because of Scalise’s importance to the House of Representatives’ leadership that the two real heroes of the event, Capitol Police officers David Bailey and Crystal Griner, were present at all. As a member of the House’s upper echelons, Scalise rates 24/7 protection from the Capitol Police, whereas rank-and-file Congressmembers are pretty much on their own. Once they realized what was going on, Bailey and Griner engaged the shooter in a gun battle, and while both were wounded — Bailey seriously, Groner critically — they were able to direct the shooter’s fire away from his intended targets until D.C.’s own city police came on the scene, joined the battle and ultimately killed Hodgkinson.
The Alexandria shooting, which left four injured and Scalise in critical condition facing multiple surgeries to get his body working again, wasn’t the only mass shooting in the U.S. that day. At the other end of the country, in San Francisco, a disgruntled ex-employee of United Parcel Service (UPS) showed up at his former workplace with a UPS uniform and a gun. He fatally shot three drivers and then turned his gun on himself.
And that wasn’t the only suspicious incident that took the lives of innocent people in a major urban area on June 14. A giant apartment building in London called the Grenfell Tower went up in flames, killing at least 30 people. No one yet knows whether the fire was accidental or deliberate, but given what’s been happening in Britain lately — at least three recent major terrorist attacks, two in London and one at Ariana Grande’s tour concert in Manchester — it’s understandable that a lot of people in the U.K. are wondering whether this was yet another attack.
Though embattled British Prime Minister Theresa May (who just lost a major election and is holding on to power by the skin of her teeth) has promised an aggressive government response, protesters have taken to the streets demanding justice for the Grenfell victims as well as more money to help the survivors. The British government has arrested a 43-year-old man named Omega Mwaikambo, not for any involvement with the fire but for posting video of a man leaping out of the building onto his Facebook page. More recent reports on Grenfell (see https://www.vox.com/world/2017/6/20/15829416/london-fire-grenfell-tower-explained-political-crisis) have said the fire was an accident but have blamed the building management, the British government and others for allowing the building to become more vulnerable to catastrophic fire.
The Alexandria shooting was inevitably compared to an incident that had taken place 6 ½ years earlier in Casas Adobes, Arizona, a suburb of Tucson. On January 8, 2011 U.S. Congressmember Gabrielle Giffords (D-Arizona) was hosting a public appearance at a Safeway parking lot which she called “Congress on Your Corner.” A 22-year-old man named Jared Lee Loughner approached her with a gun and shot her in the head. She survived, but suffered so much brain damage she eventually retired from Congress. Five people died in the attack, including federal judge John Roll, Giffords’ staff member Gabe Zimmerman, and nine-year-old girl Christina-Taylor Green.

When I first heard of the Alexandria shooting, my first reaction was relief that no one, other than the alleged shooter himself, had died from it. My second reaction was hope that Congressmember Scalise will not only survive his injuries, but will do so in good enough shape that he — unlike Gabrielle Giffords — will be able to continue in Congress. My third reaction was a brief glimpse of hope that now that it’s happened to a Republican Congressmember as well as a Democratic one, maybe, just maybe, this will break the logjam through which Congress has been unable to pass any sensible gun legislation that just might keep deadly weapons out of the hands of crazy people.
No such luck. Indeed, one of the most fascinating aspects of Alexandria is that no one is talking about any sort of rational gun legislation emerging from the horror. We’ve seen mass shooting after mass shooting in this country — Columbine, Aurora, Sandy Hook, the list goes on and on and on — and nothing has broken the stranglehold the National Rifle Association (NRA) and other pro-gun nitwits have on our politics. Indeed, the Alexandria shooting happened just four days before NBC-TV was scheduled to air an interview between Megyn Kelly and Alex Jones, far-Right radio commentator and owner of the InfoWars Web site, who has become notorious for saying the December 14, 2012 mass shooting at Sandy Hook Elementary School in Newtown, Connecticut was a hoax cooked up by the Obama administration and the alleged victims were really “child actors.”
America is in love with guns. Our national mythology centers around the successful conquest of the American West because we had guns and the Native people we took the country away from didn’t. Every mass entertainment medium in the U.S. — movies, TV, books, records, theme parks — promotes armed conflict and violence as the way to solve all problems. Four U.S. Presidents have been assassinated, and scores of others, from Franklin Roosevelt and Harry Truman to Gerald Ford and Ronald Reagan, have been the victims of unsuccessful attempts.
And America’s love of guns has only grown and deepened in recent years. The U.S. Supreme Court has interpreted the Second Amendment — “A well regulated Militia, being necessary to the security of a free State, the right of the people to keep and bear Arms, shall not be infringed” — as if it has nothing to do with militias and everything to do with allowing Americans to own just about any sort of firearm they want. The NRA used to support some restrictions on private ownership of guns — notably background checks to keep them out of the hands of the mentally ill — but as their political power has grown, so has the hardness of their line, to the point where they oppose reasonable gun restrictions they once supported.
“Political power grows out of the barrel of a gun,” Chinese revolutionary and Communist premier Mao Zedong once famously said. In the U.S. not just political power but personal validation seems to grow out of the barrel of a gun. The NRA has definitively won the battle over whether there will be any meaningful limits on Americans’ access to firearms. After the June 3 terror attack on London, in which the perpetrators mowed down some of their victims with motor vehicles and stabbed others to death, President Trump snottily tweeted, “Do you notice we are not having a gun debate right now? That’s because they used knives and a truck!” Brits responded that the attacks would have been even more horrific, and the death toll far higher, if it were as easy for private citizens to get guns in their country as it is in ours.
It says volumes about how deep America’s love affair with guns runs that Mexican drug cartels send their people across the border to the U.S. to buy guns because Mexico has effective anti-gun laws and we don’t. One of the big reasons George W. Bush became President after the 2000 election and Al Gore didn’t was the NRA mounted anti-Gore campaigns in Tennessee and West Virginia, successfully carrying those states for Bush. In what was otherwise a razor-thin election, Gore therefore became the first major-party Presidential nominee since George McGovern in 1972 to lose his home state. Had he carried Tennessee, he would have been President and Florida wouldn’t have mattered.
Likewise, Hillary Clinton lost the Presidency to Donald Trump in large measure due to gun-rights supporters who repeated over and over again that if elected, “Hillary is going to take your guns away.” It got so bad that she attempted to neutralize the attacks by having herself photographed with a hunting rifle. Just as the rise of the radical religious Right has made it impossible for anyone to be elected to high public office in the U.S. without believing not only in God, but in an interventionist God who takes a direct role in human affairs and can be appealed to through prayer (which would disqualify most of the authors of the U.S. Constitution, who were Deists), the rise to power of the NRA and its supporters has made it impossible for anyone to be elected in the U.S. without acknowledging the power, legitimacy and rightness of the gun lobby.


The combination of factors — a more polarized citizenry, less willing to agree with each other even on the very existence of objective facts; a less rational and more emotional level of political discourse; a Republican ruling elite crafting major bills in secret because, as Senator Orrin Hatch (R-Utah) told the Los Angeles Times, “We have zero cooperation from the Democrats, so getting it [out] in public gives them a chance to get up and scream”; and also a country that is increasingly awash in guns — makes for a very explosive and dangerous political environment in which innocent people may literally find themselves being killed in the crossfire of partisan battles. To paraphrase Joseph L. Mankiewicz’ famous line for Bette Davis in the film All About Eve, “Fasten your seatbelts — it’s going to be a bumpy century.”
Posted by mgconlan at 5:30 PM